After so many early mornings on this trip
it was absolute bliss to be able to have a lie in this morning!

Early this afternoon we toured Kata Tjuta (the Olgas).
Kata Tjuta consists of a number of domes (or rocks), the tallest of which is slightly higher than Uluru. 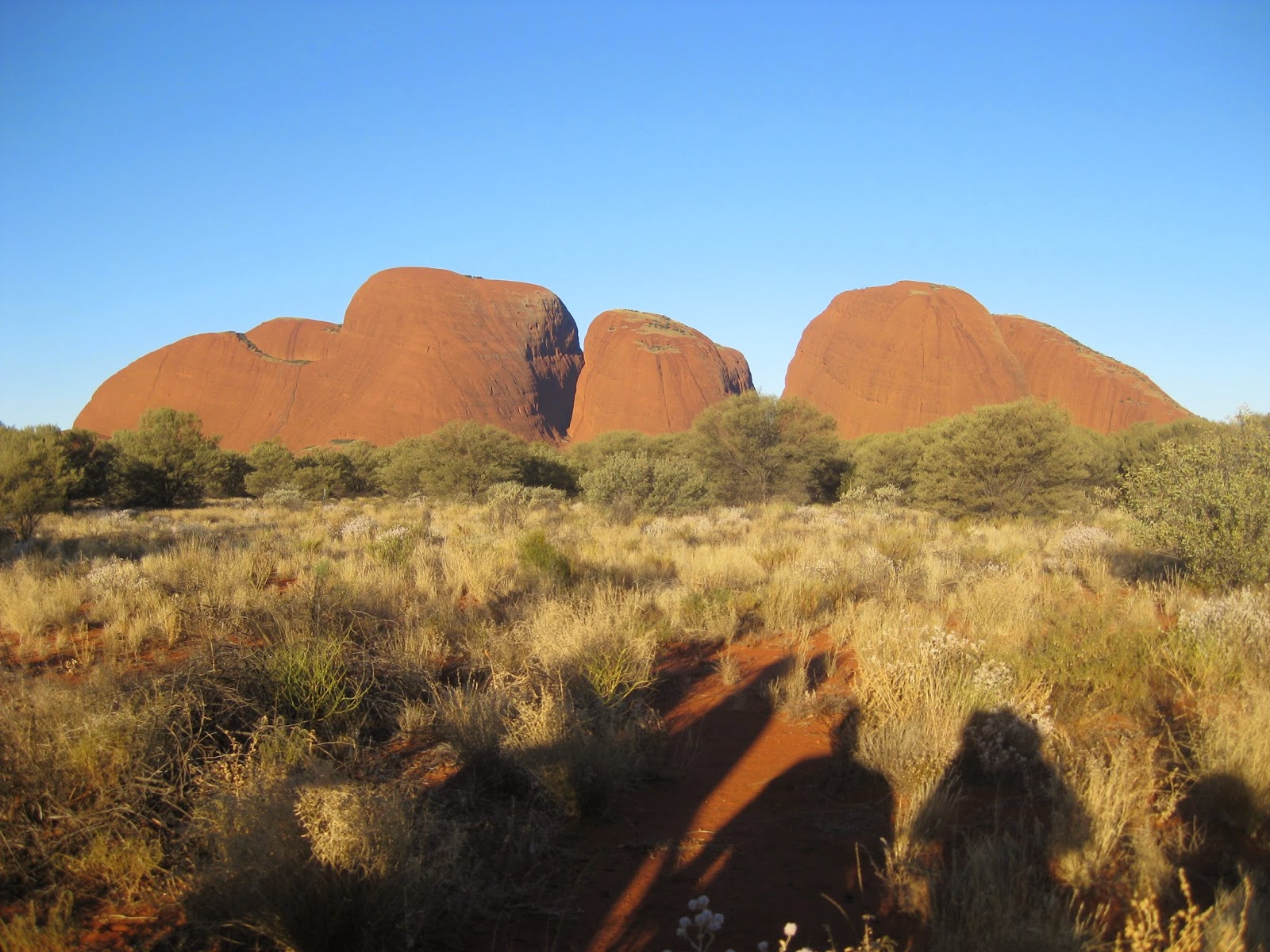 We all walked along the Valley of Kings track to Lookout 1
where we were given the choice of continuing on to Lookout 2
or travelling 5 minutes down the road to a walk into Walpa Gorge. 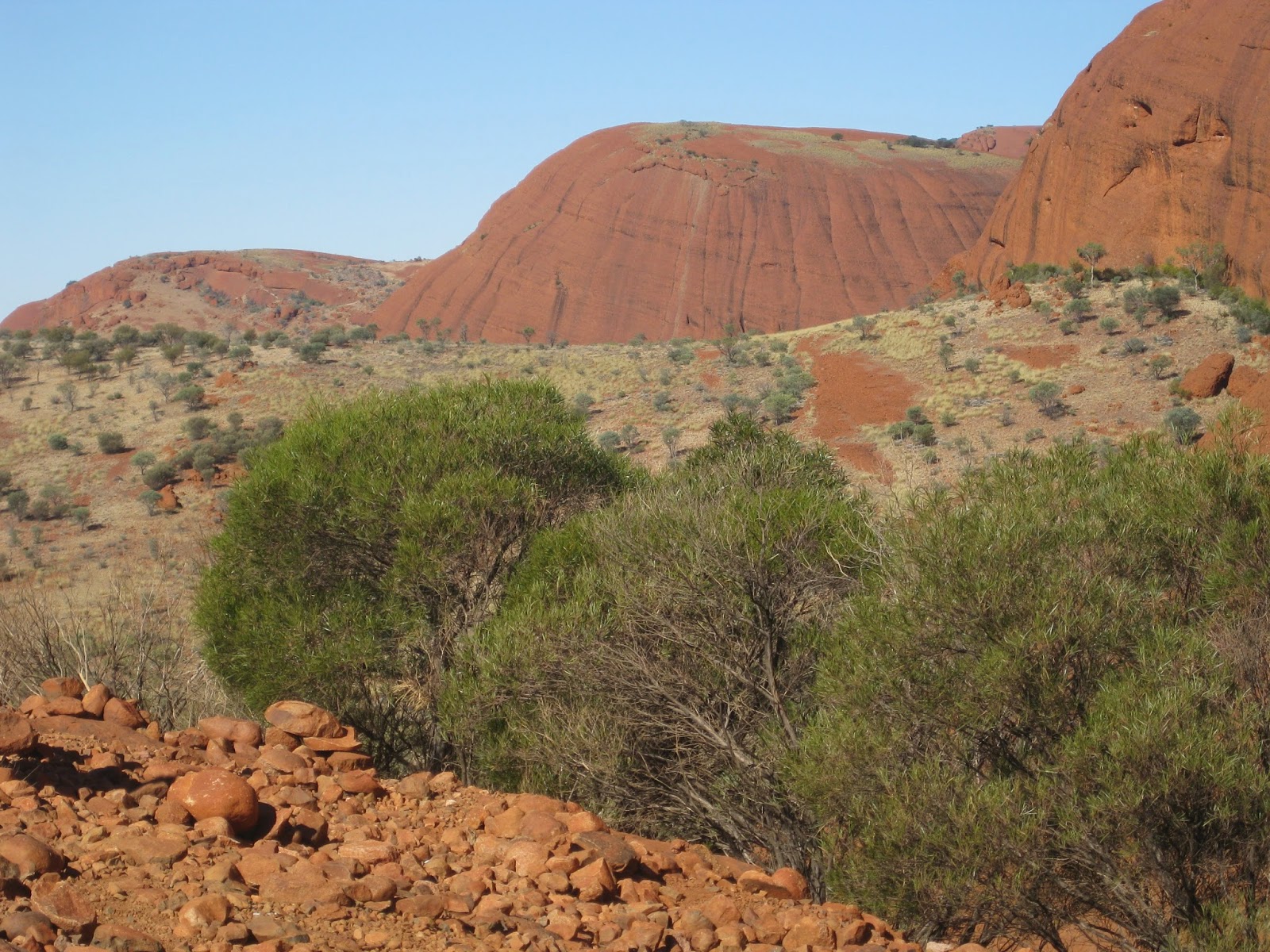 Some of the people continued along the track while we took the second option.

Walpa Gorge was along a rocky path between two of the domes.  What surprised us was the amount of green vegetation including some trees and a small waterhole at the far end.  I guess it was fairly sheltered and when it rained would have a reasonable amount of run-off.  Of course, it probably isn't green like this as it gets into summer. 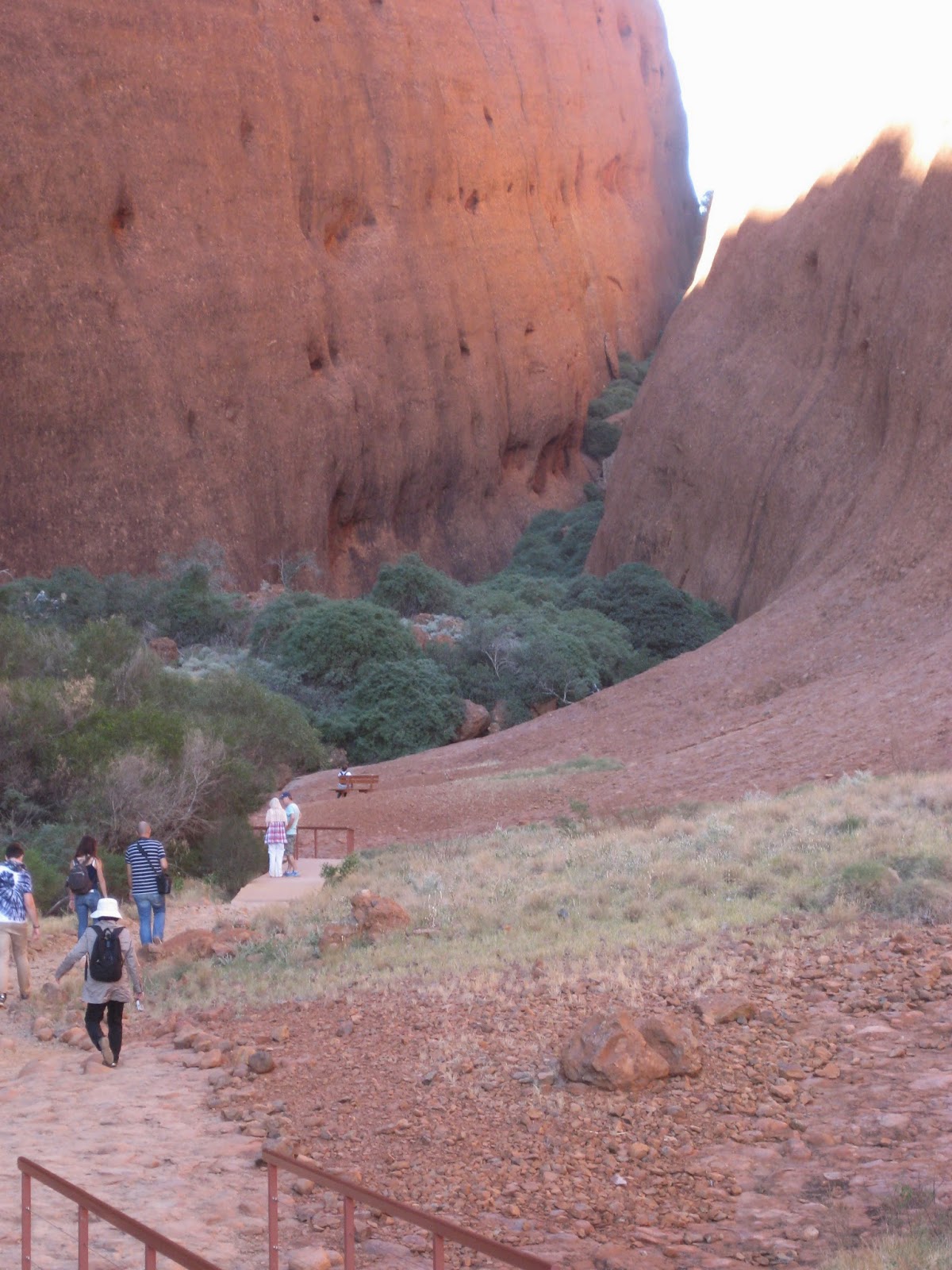 It was pleasantly cool in the gorge too as the middle of the day was quite warm.

We returned back to the coach, picked up the people who were back at Valley of Kings, and were taken to the sunset viewing area for ...... yes, champagne and nibblies again!

The colours of Kata Tjuta as the sun set were just beautiful.  It went from being brown to a beautiful red/rust glow before the shadows came across and it got darker. 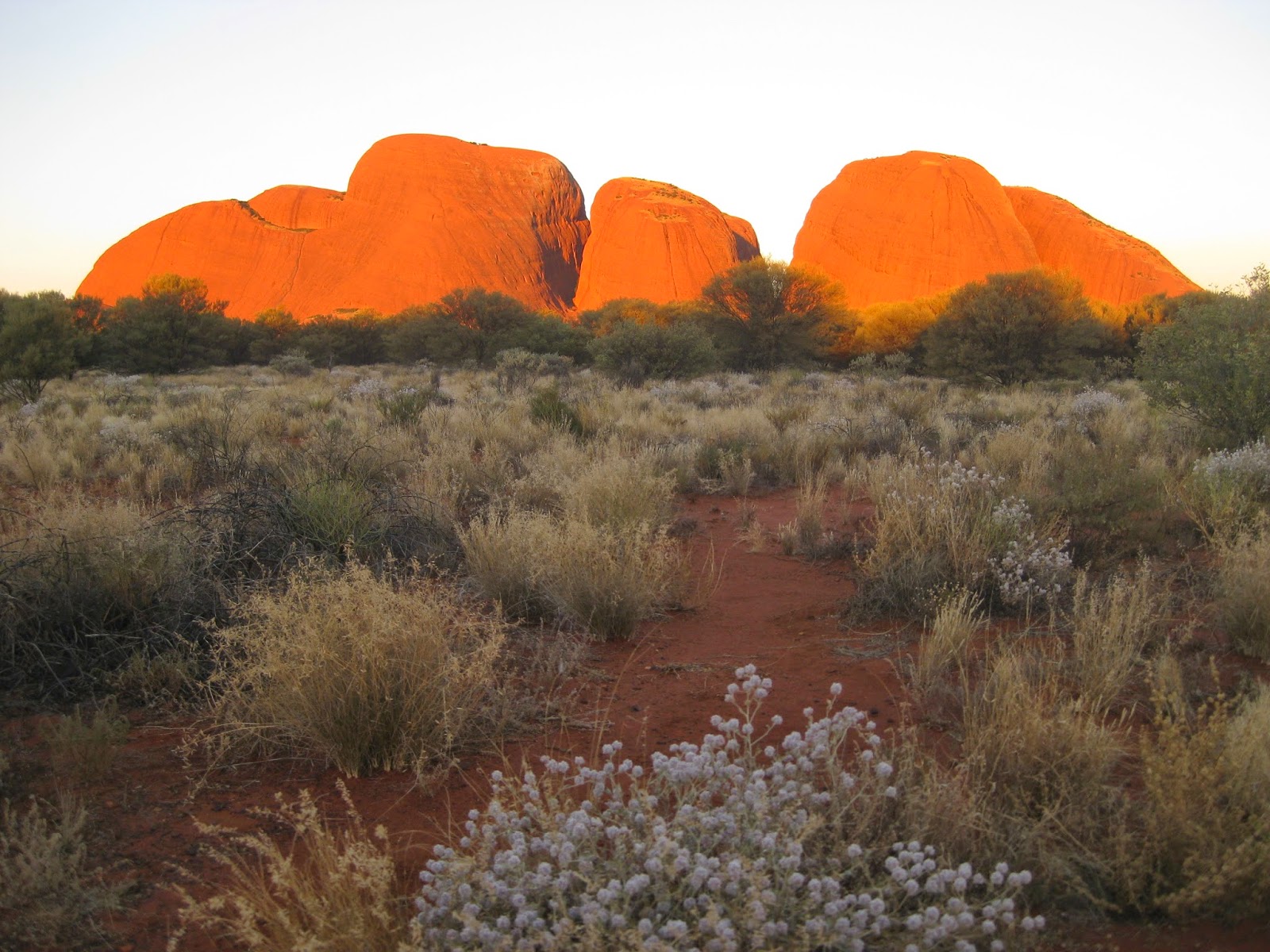 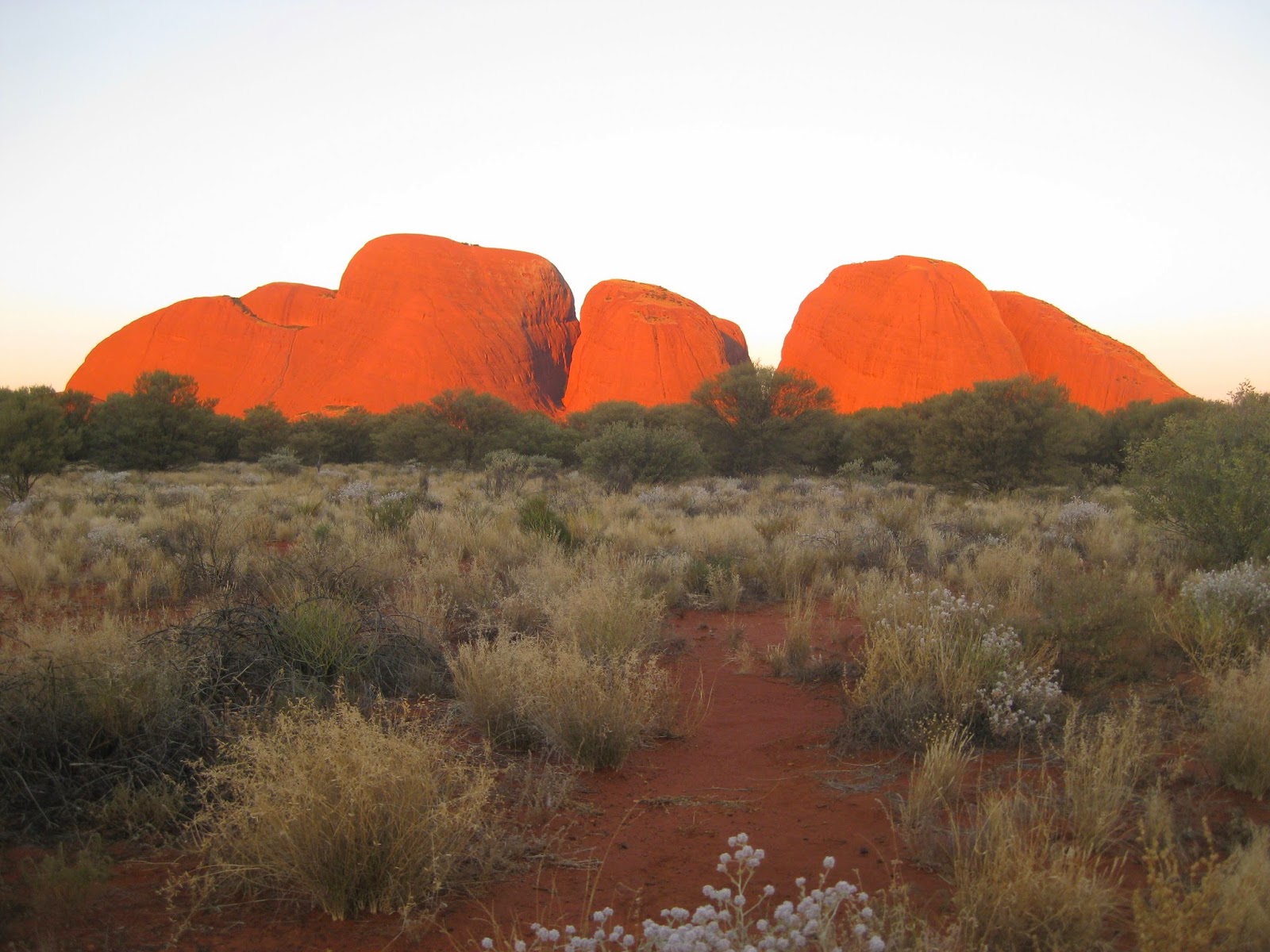 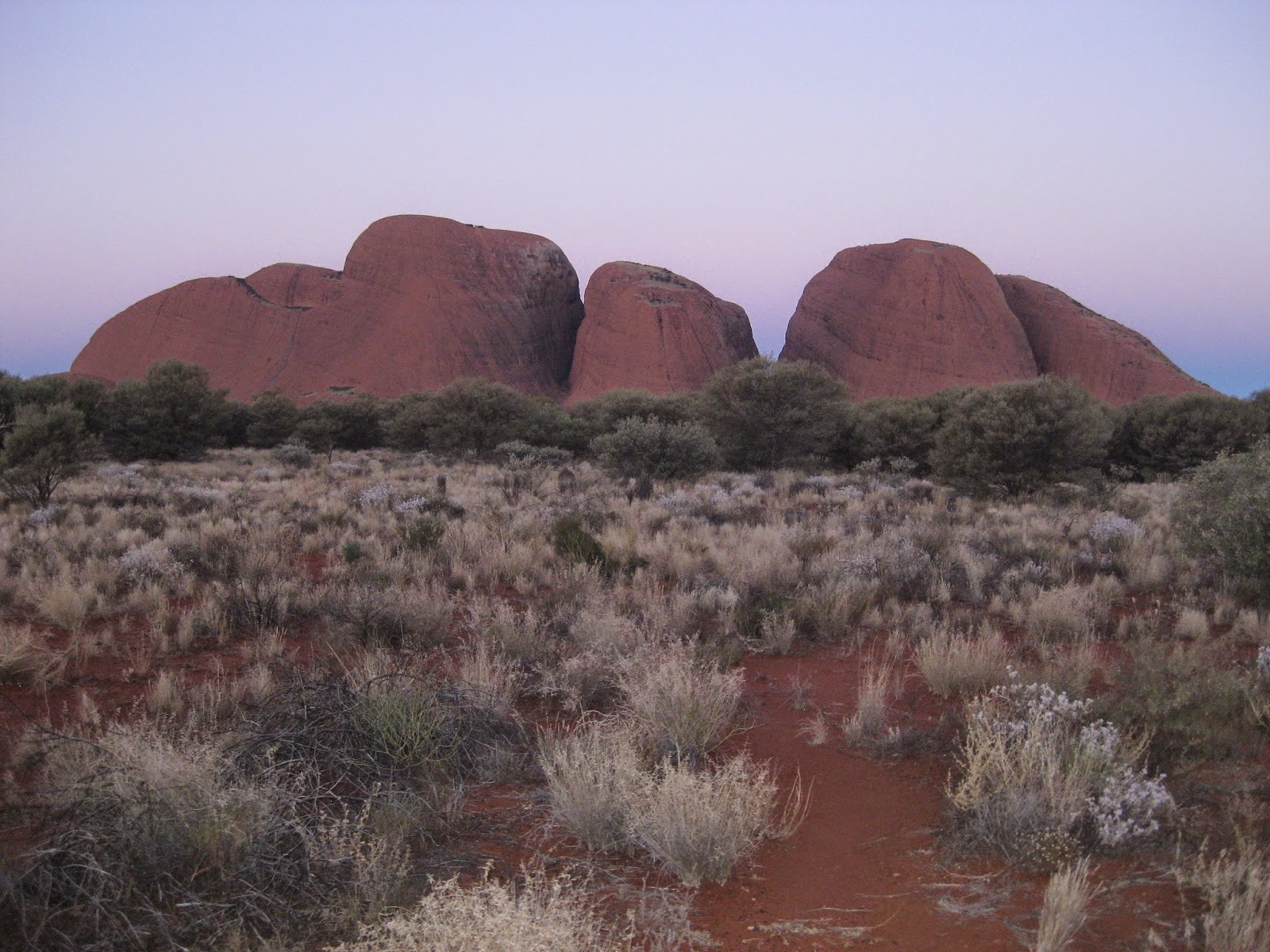 The colours of Kata Tjuta at sunset
As we drove back to the Resort, the setting sun left a beautiful yellow glow in the sky, simply gorgeous!!!

The following morning we packed our bags, left them at reception and went for a wander around Town Square.  This square has a coffee/sandwich shop, Geckos restaurant, Ayers Wok (noodle bar), souvenier shops, a newsagent, post-office, supermarket and booking office for tours. 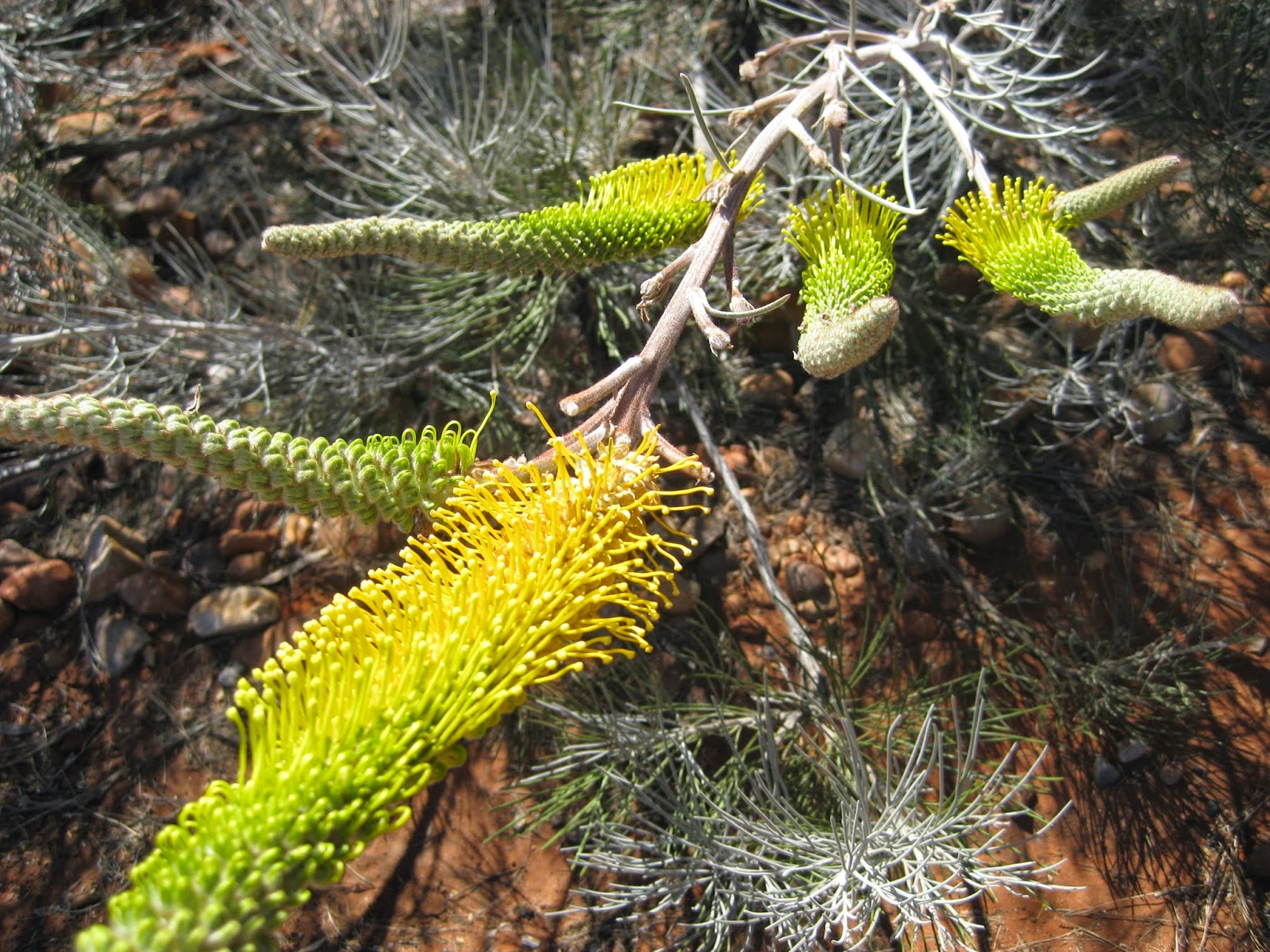 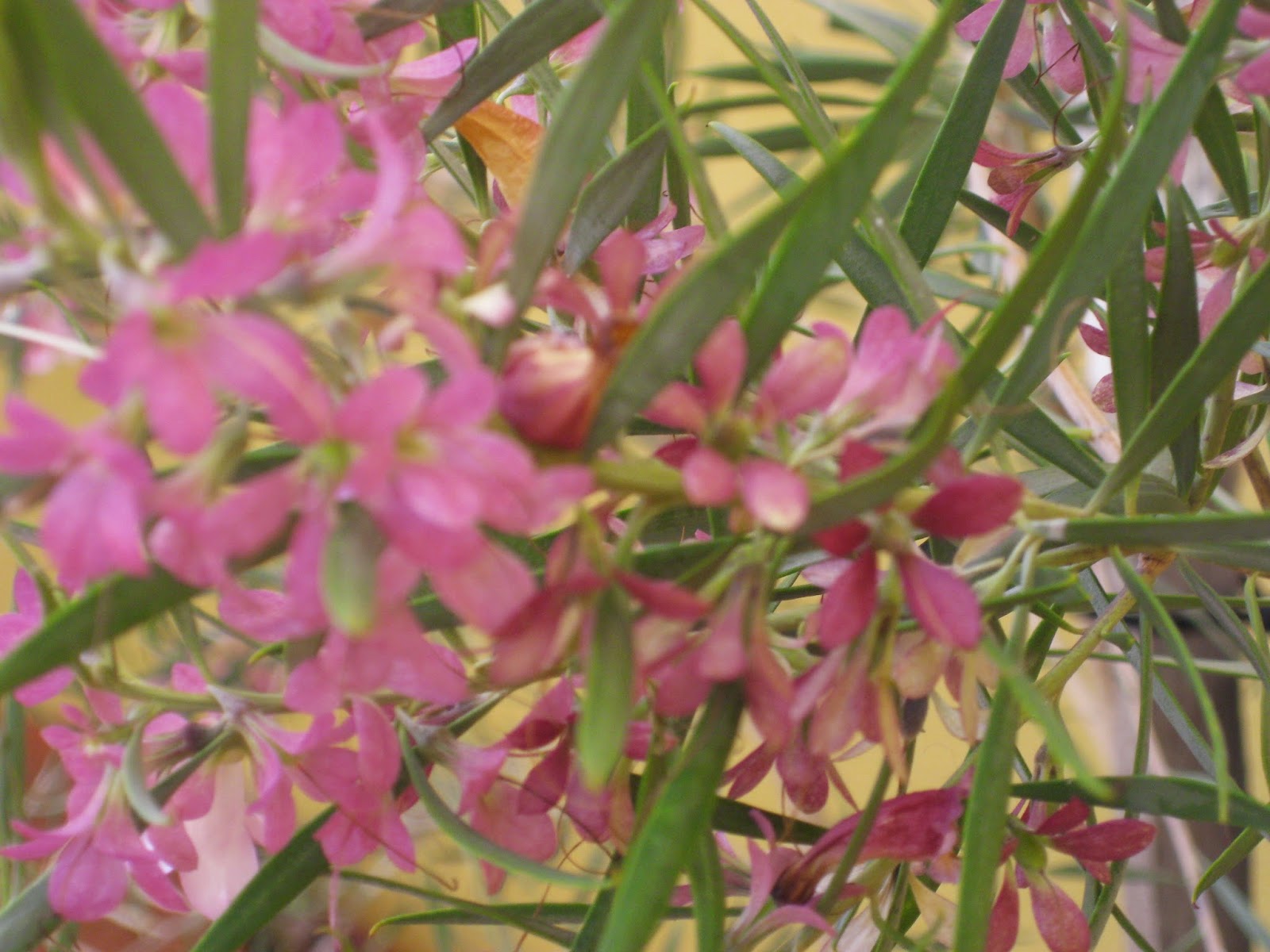 There were a number of native flowers in bloom around the resort but unfortunately I don't know what species they were.
This afternoon we bid farewell to Uluru and were on a flight to Cairns in North Queensland.
So far, our travels have seen us leave New South Wales, travel through South Australia, Western Australia, Northern Territory and now Queensland!

If you are still following my travels, tomorrow the scenery will be very different and will be the final leg of our adventures.