Did you miss me?

Yes, I'm back in blogland!!

My DH and I have just enjoyed a lovely three week holiday
to parts of Australia we had never visited before.

We set off on Wednesday, 6th August
departing from Central Station at 3.10pm to the start of our adventure
on the Indian Pacific train. 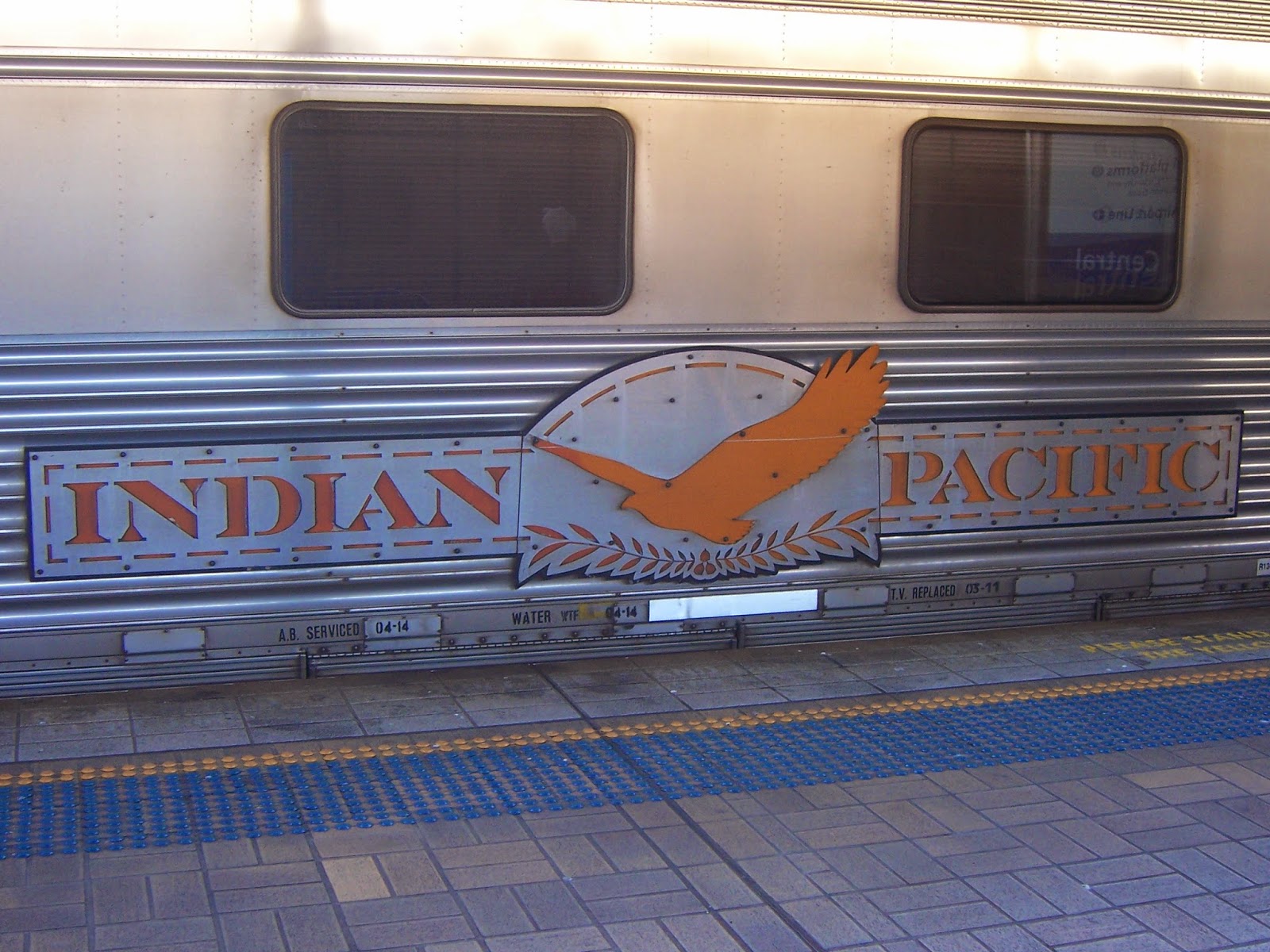 The interior of this train is quite luxurious, and as soon as we stepped on
we were treated to champagne in the lounge car.
Not long after we were shown our cabin and the train pulled out of the station bound for the other side of the country. 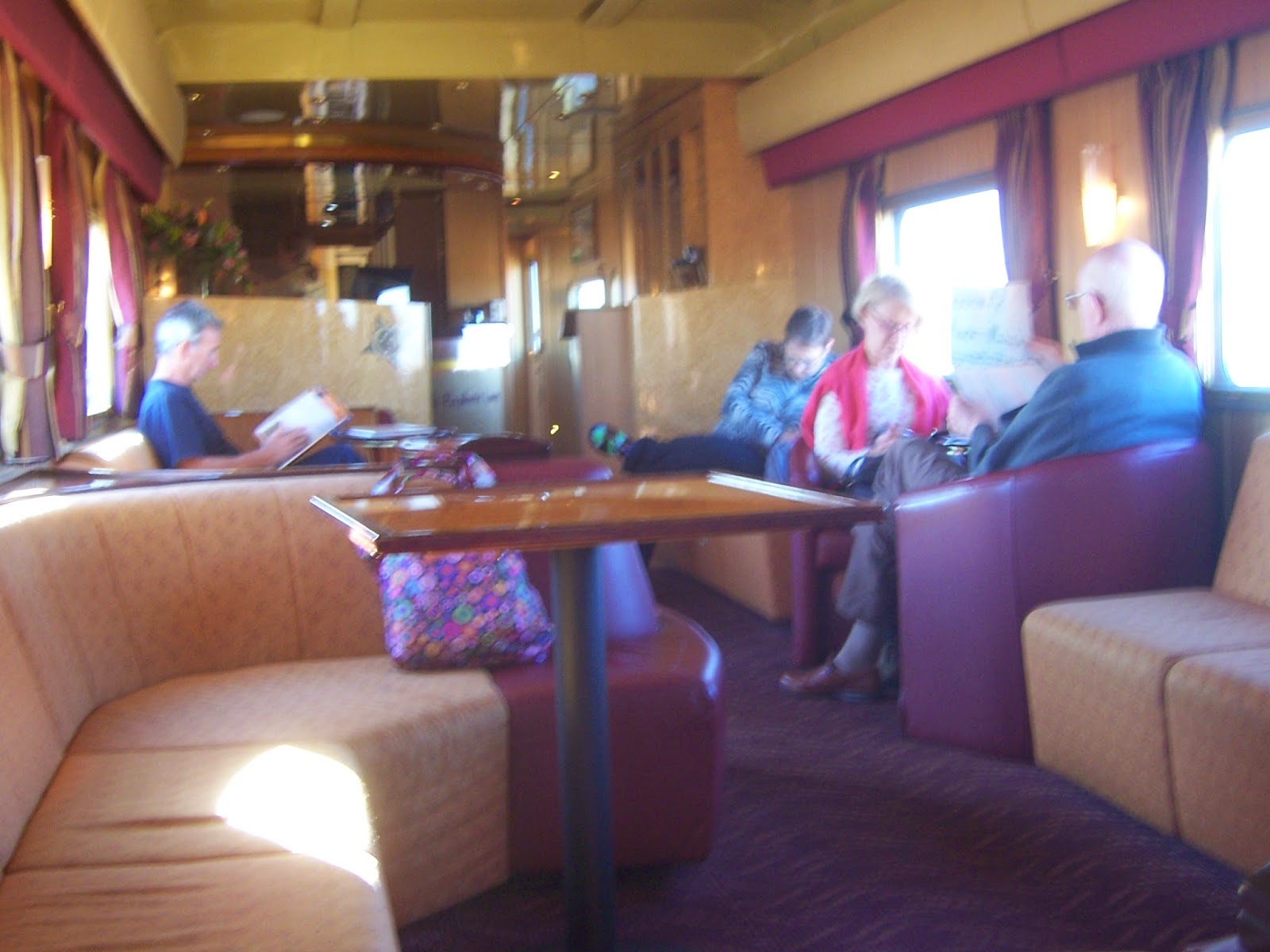 Lounge Car
We were treated to three sumptious meals each day in the dining car -
mmmmm ....... I could get used to this lifestyle!

Our first official stop was Broken Hill which is a mining town
in the far west of New South Wales.  We were up at sunrise for a guided tour around the town followed by the view from the top of Broken Earth, quite an interesting memorial to the men who have died at the mine over the years. 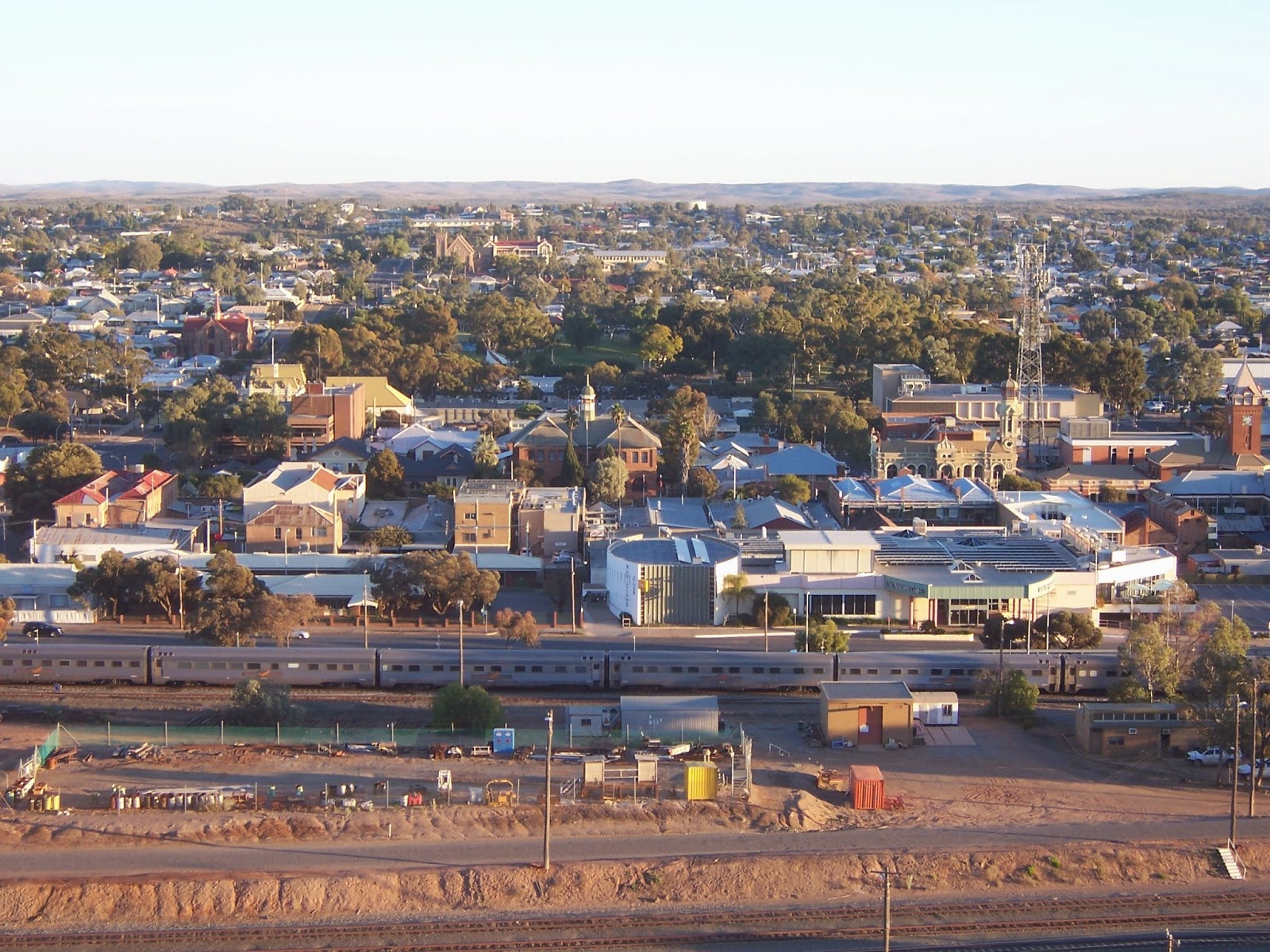 Leaving Broken Hill the landscape is very flat, with red earth and low growing plants
and the occasional emu.

Our next stop at 3pm was Adelaide in South Australia and here we joined a guided tour of the city, stretching our legs for a while in Glenelg, a seaside suburb.  By 6.30pm we were back on the Indian Pacific bound for the Nullabor Plain.

We woke the following morning to a totally different landscape of red earth, salt bush and low scrub, and totally flat as far as the eye can see to the horizon in all directions.  Mid morning the train had a brief stop at Cook, where supplies and mail are dropped off.  This is largely a ghost town with a population of 4 people and a dog, but had once had a school, small hospital and even boasted a swimming pool which must have been very welcome in the hot summer.

Our last official stop was in Kalgoorlie, another mining town on the Nullabor.  Kalgoorlie is well known for the 'Super Pit', an open cut mine which is simply ENORMOUS!  Unfortunately we arrived after dark and it was hard to visualize exactly how big this Super Pit is, but we could see the trucks making their way down the sides of the mine to pick up their loads of ore. 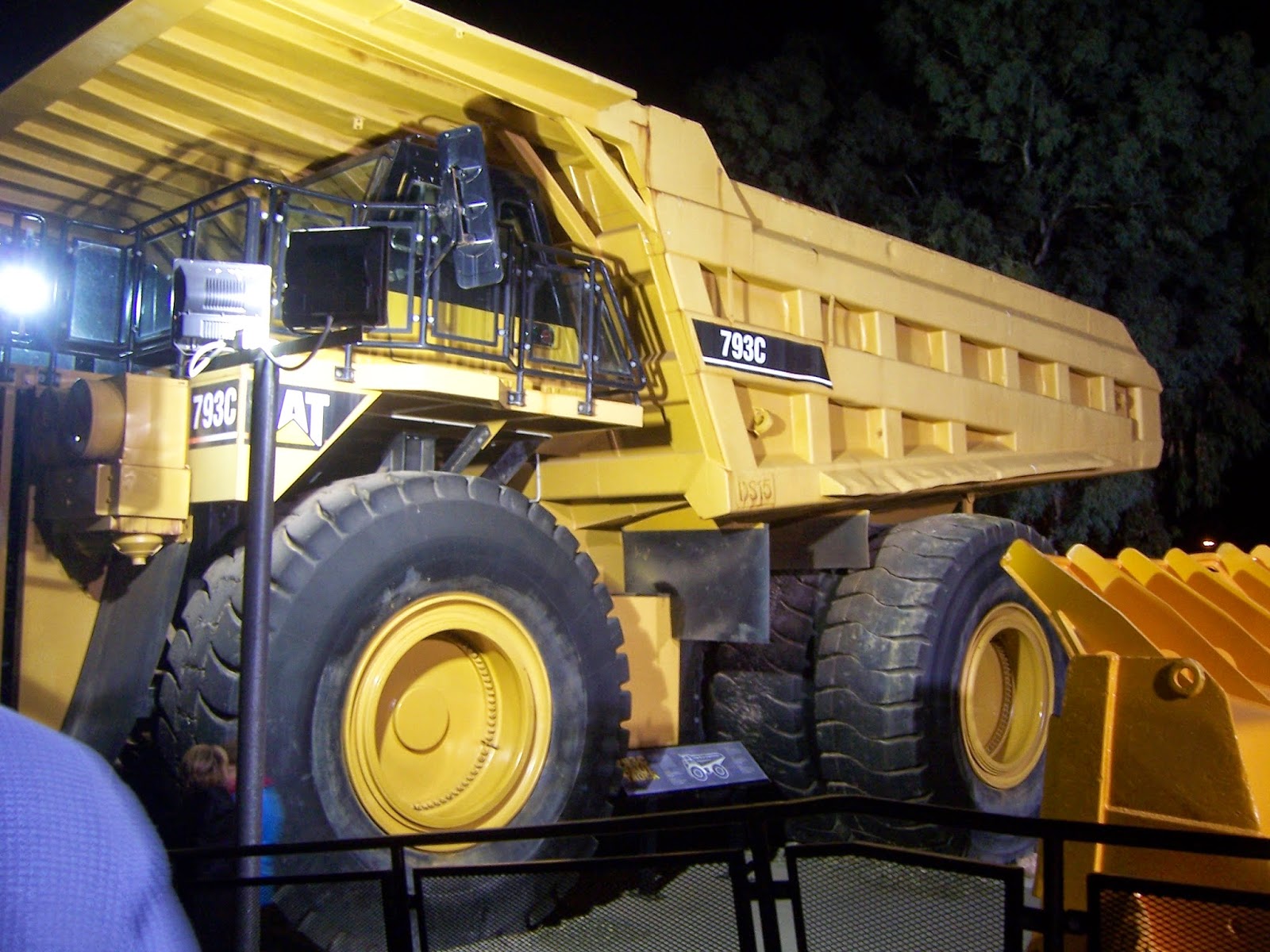 These trucks are huge with a ladder climbing up the front to get to the cabin, even standing next to the wheels makes you feel very small!  Back on the train again and into the night we travel.

Our first glimpse of the landscape this morning is very different as we are in the countryside with hills and creeks, paddocks and trees on the approach to Perth.

We arrived in Perth at 9.10am on Saturday, 9th August. We collected our luggage and hopped onto a coach for an overview of Perth.  Our driver showed us around the city, with a brief stop at Kings Park which has fabulous views of the Swan River and the city of Perth. 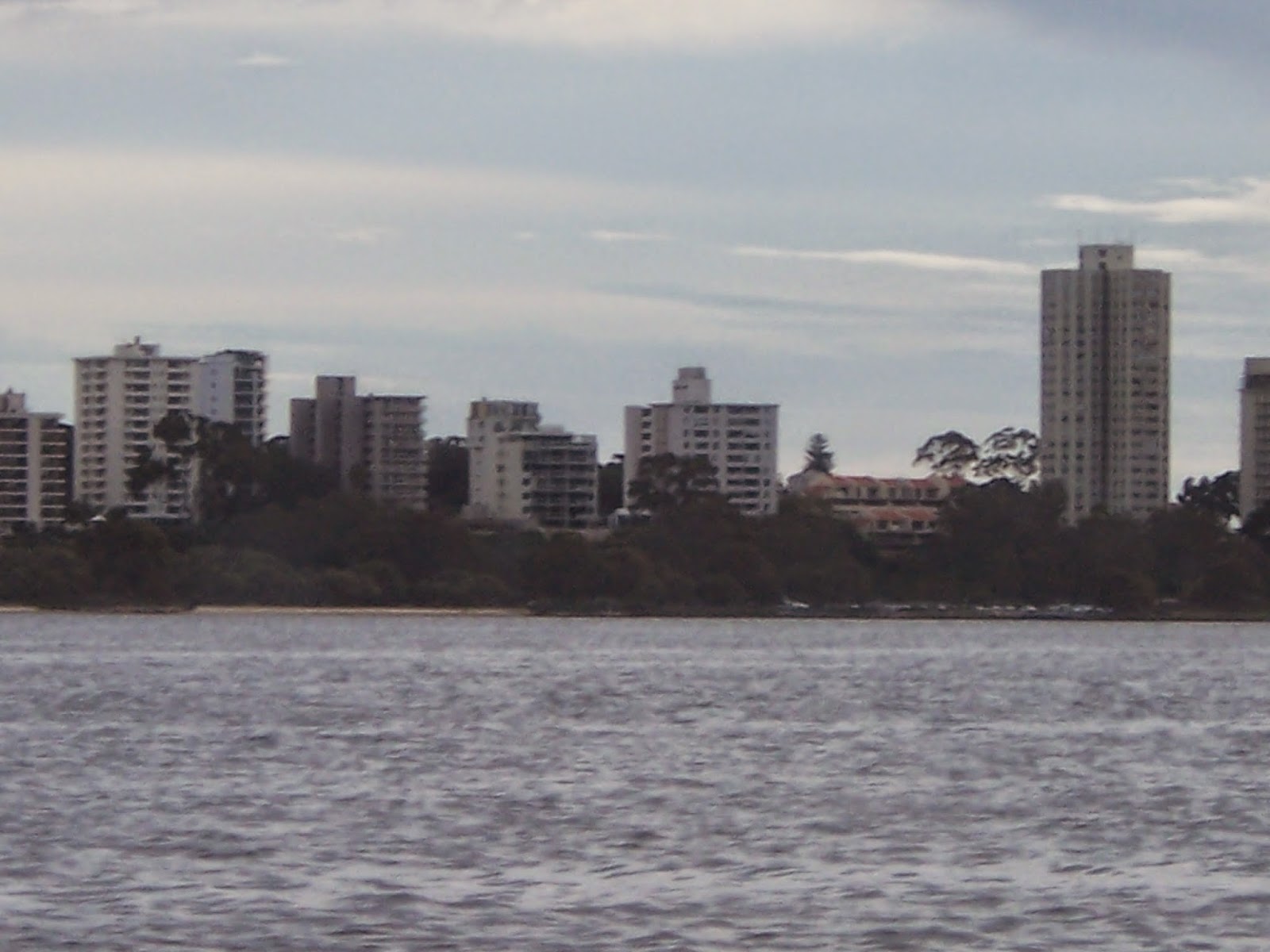 We then got to see our first glimpse of the Indian Ocean at Cottesloe Beach where we were able to stretch our legs and enjoy a coffee or icecream, and where we could see Rottnest Island in the distance.  We returned to the city past 'millionaire's row' (how the other half lives) and he dropped us at our hotel.

Our room was on the 23rd floor with views over the river and city - very nice!!!

So you won't get totally bored by my travels, come back again tomorrow for the next leg of our adventure - the Swan River and four day tour of the south west of Western Australia.