It's going to be a while before I see the leaves falling from the trees in my garden, as we are in the middle of a hot summer with temperatures at an all time high in some parts of the country.  In the past week in Sydney we've been averaging around 35 degrees, but in Melbourne where the international tennis is being played, games were halted when the temperature went over 40 degrees.  Phew!  My DH and his best mate were in the crowd for two days and they found it hard just sitting, let alone playing tennis!

Anyhow, back to the theme in question at Tagalong this week - "Winter Trees". 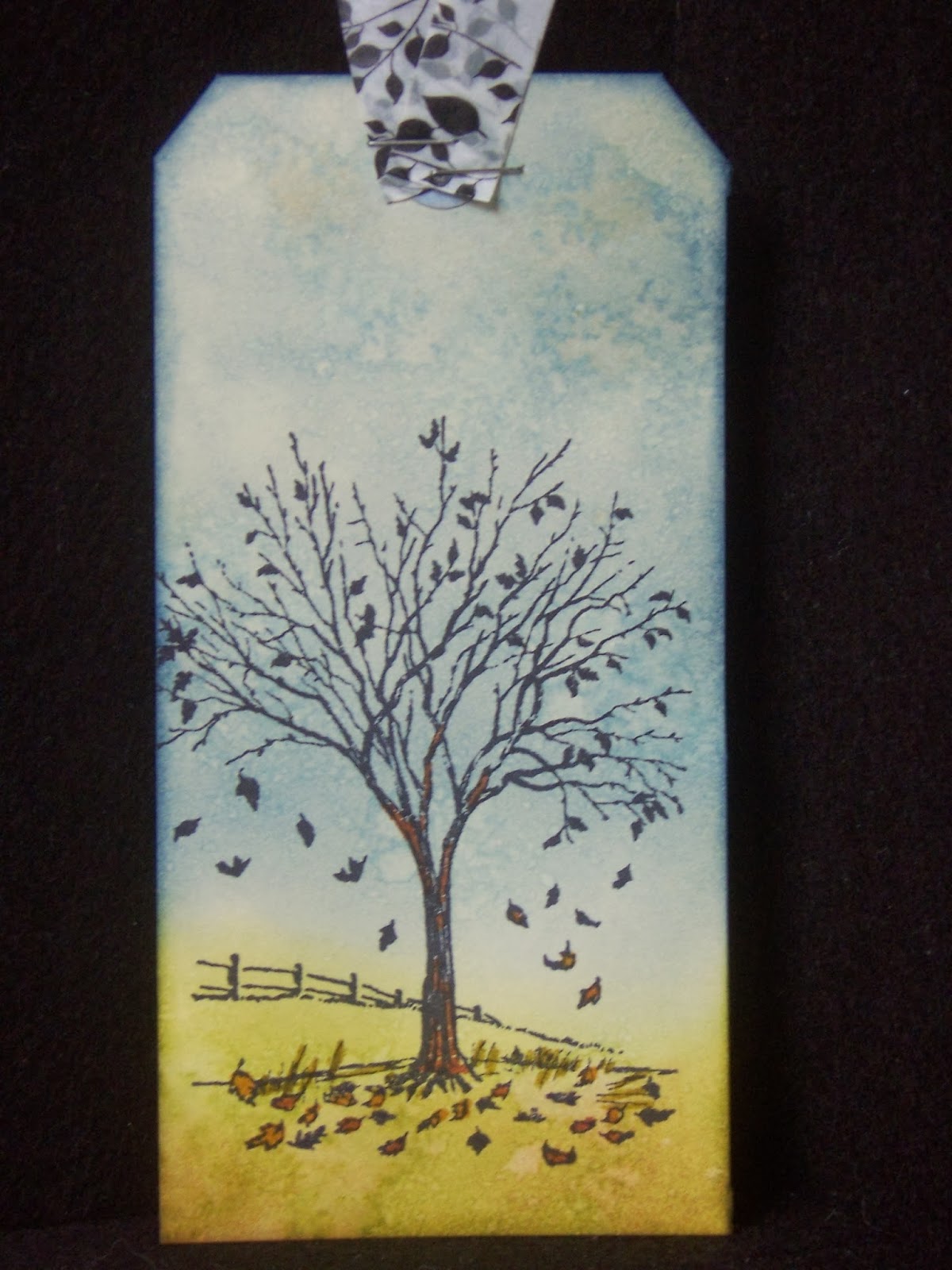 The thought of a snowy, wintery landscape just never occurs to me, as it simply doesn't snow in Sydney.  The closest we get snow is in the Blue Mountains (just over an hour away) but at the most it will only last a day.  We were lucky enough to wake up to snow years ago when we were on holidays there but by midday it was all melted and gone.  It was quite exciting (especially as the children were only small) to play in the snow though.

This tag was started with Distress Ink 'peeled paint' on the bottom section (I had the stamp lined up so I could see how far up the tag I needed to colour) and then adding 'stormy sky' to the remainder of the tag.  I spritzed it lightly with water for a mottled look, and then using 'jet black' Archival Ink stamped Deep Red 'Fall Leaves' , which lined up quite well with where the colours merged. 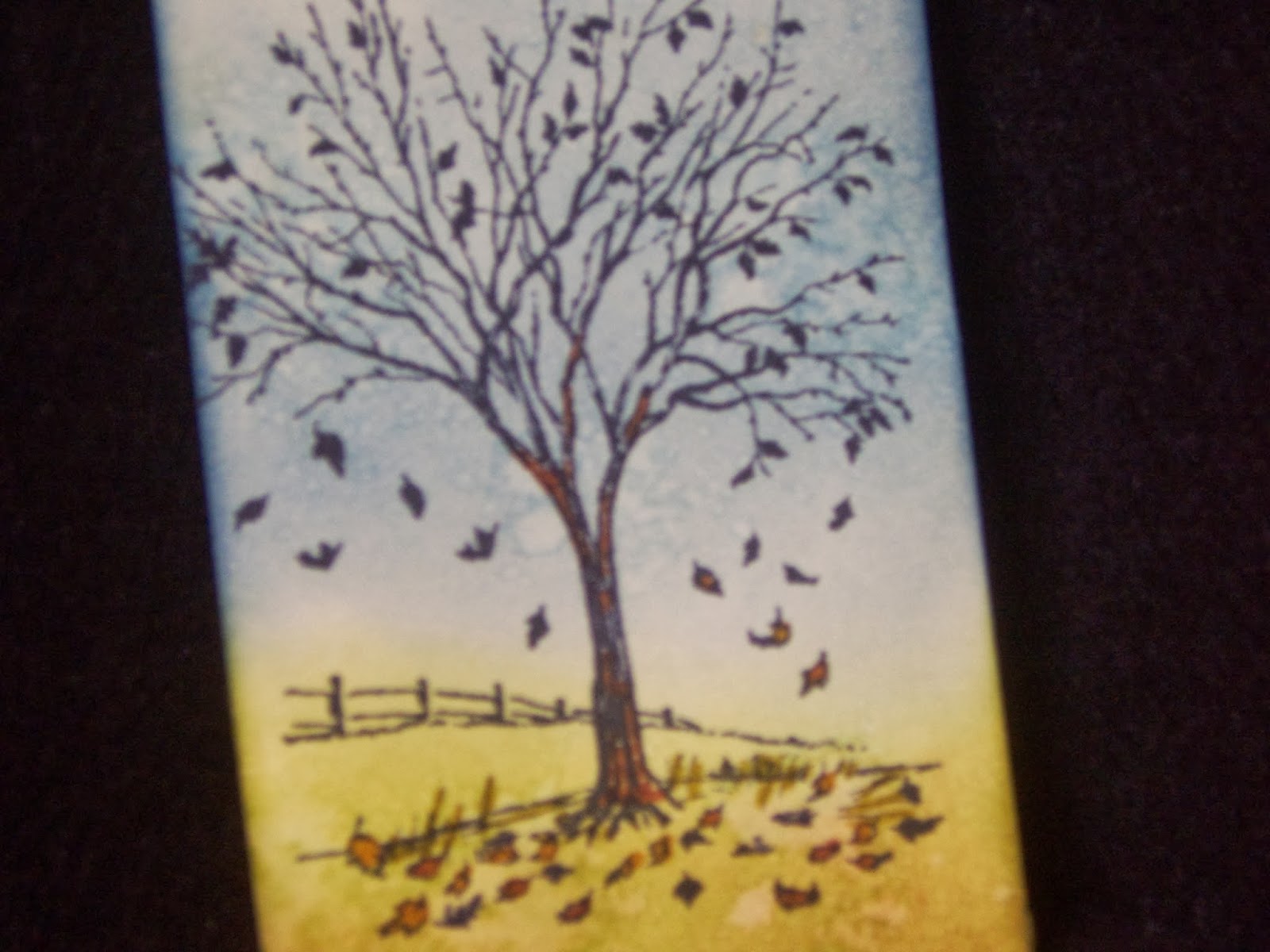 The trunk of the tree and the individual dropped leaves were coloured with Distress Markers, and washi tape was added to finish it off (or so I thought).  I looked at my tag and decided to just add a light touch of 'tea dye' surrounding the tree to add a slightly colder feel to the tag.

So, this is my entry in this week's challenge at Tagalong.