I recently had the pleasure of being part of an international swap where the theme was "Beloved" and we had to use Stampotique stamps (it being a Stampotique site) to create an ATC.  An ATC is an Artist's Trading Card and is 2 1/2" x 3 1/2" in size.  I rather liked the idea of swapping with someone from around the world and was quite chuffed to get Sonja who lives in The Netherlands. 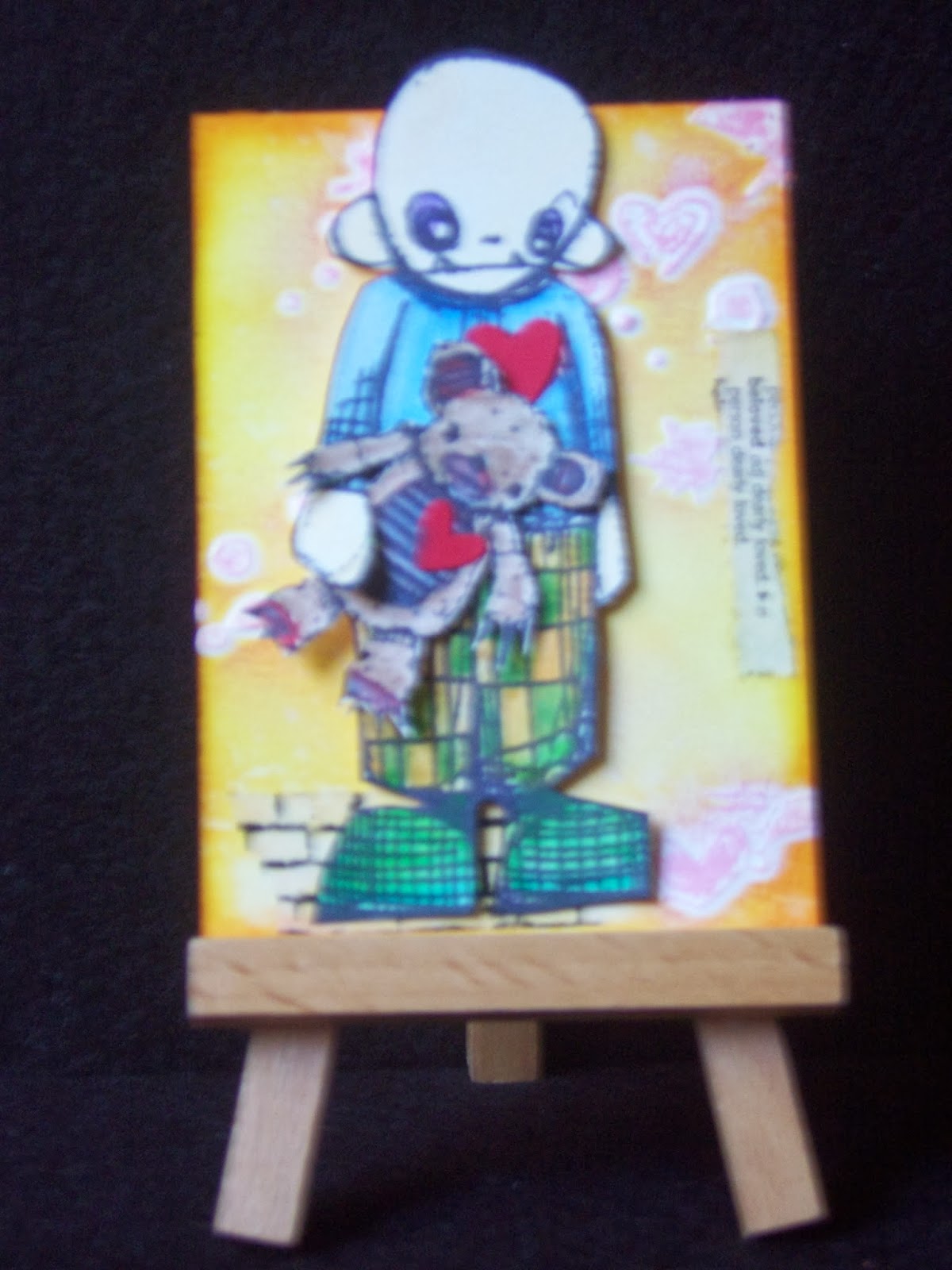 So, with love in his heart, I chose 'Heart Throb' and his beloved companion 'Teddy' for my ATC.  Both 'Heart Throb' and 'Teddy' were coloured with water-colour pencils and fussy cut.  I also cut around his hand so 'Teddy' could be tucked under his arm.

The background is 'mustard seed' Distress Ink with a touch of 'spiced marmalade' around the edges.

I had bought a new template recently called 'mini confetti' (TCW - the crafters workshop) and liked the idea that it has oddly shaped hearts randomly added to splotches and a couple of other funny little details.  I placed the template so that the hearts would be to the side of Heart Throb, and used Impasto Medium (a texture paste) with a spatular before putting it aside to dry.  Once it was dried, I gently added red metallic stuff (sorry, I don't know what it's called and have had it for simply ages) with my finger-tip to highlight the raised textured hearts.

I placed a little piece of washi tape at the bottom for Heart Throb to stand on, but it seemed to be missing something.  That something was the dictionary meaning of  "beloved - adj: dearly loved; n: person dearly loved" which I tore from an old dictionary that I used at school many, many years ago and which had long since lost it's cover.

Heart Throb and Teddy were popped onto dimensionals and the ATC was finished.

I hope there might be another swap again as this was such fun to be part of, especially as you don't know where in the world your ATC will come from.  I'm looking forward to recieving mine - ooh, can't wait!!!