I've been playing in my Journal lately, trying to catch up with each month.  Does this make sense?  Anyhow, I was really pleased with January's page as I was trying to capture the feel of summer. 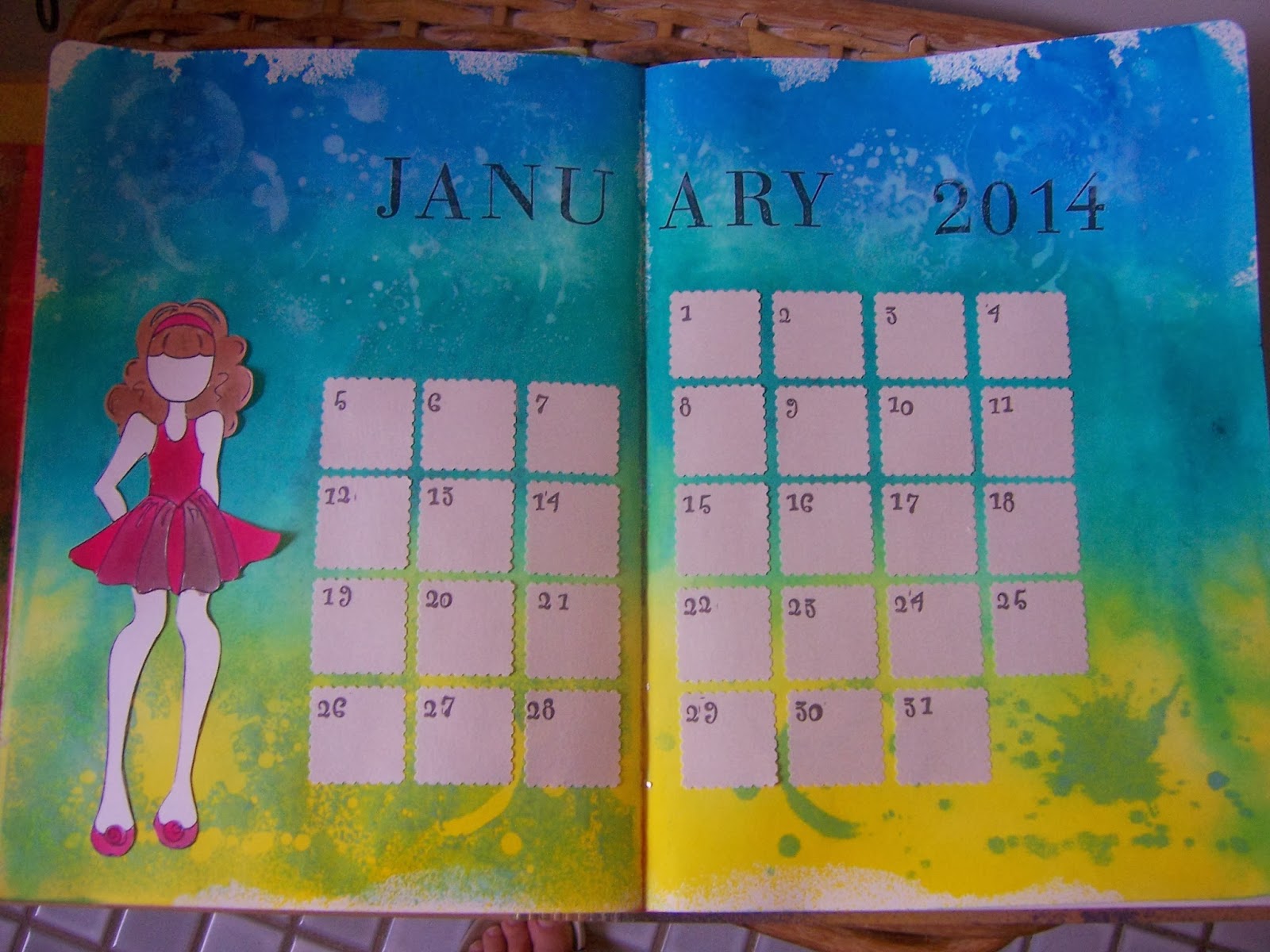 I started by spritzing the whole double page with water, then the bottom third with Dylusions 'Lemon Zest', the middle third with 'Calypso Teal' and the upper third with 'London Bus', then smooshed it by rubbing the pages together.  Gee I know how I did this but I just don't seem to be able to put it into words very well!

I wasn't at all worried by the odd bit of white space as if I use my imagination, I can see clouds in the lovely blue sky.  The other white shapes you can see in the blue sky are from using 'White Linen' through a Tim Holtz' stencil 'splatters'.  This stencil was also used on the yellow area with a bit more 'Calypso Teal'.

The daily squares were punched with my SU 'postage stamp' punch through shimmer paper, and the lovely young lady is a Prima 'Doll' stamp which I also coloured with Dylusion Ink 'Cherry Pie'.  The colour variation in her skirt is because the water pen I was using had some leftover colour ink in it and as the bright cherry pie I was picking up on the brush only was used, it got replaced with whatever colour was in the brush.  Just as well I realised and was able to colour her skirt accordingly. 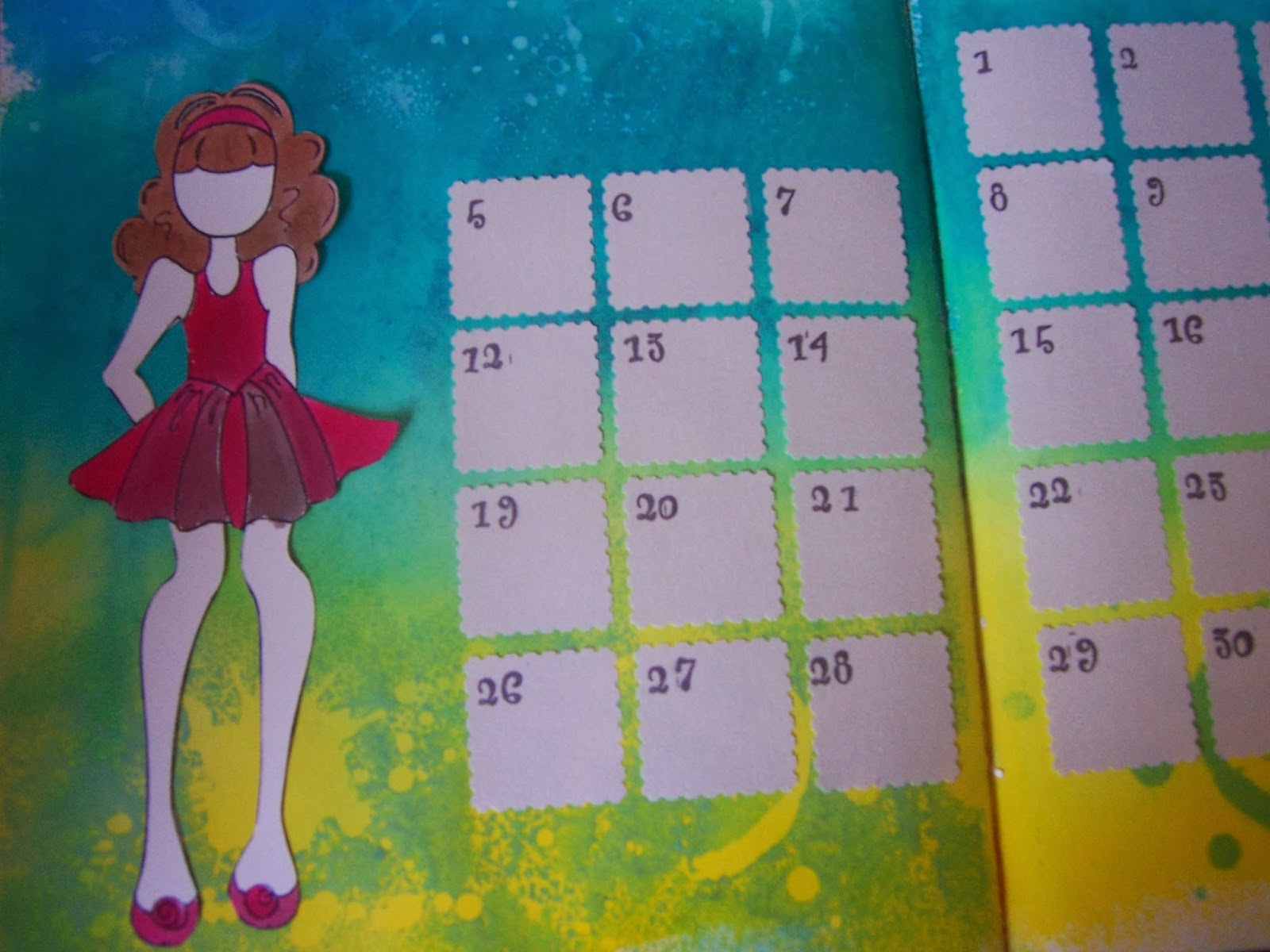 I also finished February's page but it looks rather "BLAH" and needs something more added to get it out of the doldrums.

But (pause for effect) ....... I managed to get a page done for March as well and was also rather happy with how it turned out too.  I can't believe I'm actually up to date, for once!  Come back tomorrow and I'll show you what I mean!

I would like to say "THANK YOU" to all my new followers and for those who leave lovely messages.